THE LADY OF BURMA COMES TO WASHINGTON — AT LAST

Yesterday in Washington, Burmese pro-democracy leader Aung San Suu Kyi stood in the U.S. Capitol Rotunda to accept the Congressional Gold Medal, the highest civilian honor Congress can bestow. The award had been waiting for Suu Kyi since 2008, when House and Senate leaders initiated legislation “in recognition of her courageous and unwavering commitment to peace, nonviolence, human rights, and democracy in Burma” and President George W. Bush signed it into law.

Still under house arrest in 2008, Suu Kyi chose not to accept the award in absentia. Instead, thinking optimistically, she decided to look forward to the day when she could receive it in person. And indeed she finally did.

A notable roster of well wishers — including House Speaker John Boehner, Senate Majority Leader Harry Reid, Senator John McCain, Secretary of State Hillary Clinton, former First Lady Laura Bush and others — went to the podium to pay tribute to Suu Kyi’s courage and commitment to a free and democratic Burma. It was a welcome and increasingly rare display in Washington of bipartisan foreign policy consensus, something that has waned significantly since the end of the Cold War.

For the program’s invocation, the Reverend Patrick Conroy, S.J., Chaplain of the U.S. House of Representatives, thanked God for Suu Kyi, calling her a “heroic witness to the dignity of all people.” Amen.

Senator McCain, verging on tears, recalled first meeting Suu Kyi 15 years ago and being amazed that this “picture of gentleness and serenity” could be the same “implacable lady” who had so befuddled the men of Burma’s military-backed regime.

Mrs. Bush hailed Suu Kyi as “the mother of her country” and recognized her moral clarity and strength. “One of the most repressive governments on earth attempted to isolate and silence one woman,” she said. “It must have seemed an easy task. Instead, the regime encountered an immovable object — and its legitimacy broke against her character.”

Secretary Clinton turned to Suu Kyi with a big smile and marveled: “We knew at some point that change would have to come…It’s almost too delicious to believe, my friend, that you are in the Rotunda of our Capitol, the centerpiece of our democracy, as an elected member of parliament.” Applause ensued.

Suu Kyi graciously accepted the honor and then implored: “Please use your liberty to promote ours.” She also issued a call to support not just the people of Burma but people “everywhere else in the world where freedom is still a dream.”

In that moment, it was almost impossible not to think about the late Vaclav Havel, the former dissident turned head of state who helped lead Czechoslovakia from tyranny into freedom. Not satisfied with the fruits of his labors at home, President Havel made it his mission to support those who were still seeking freedom from oppression, including Aung San Suu Kyi. And now we see this remarkable woman using her nascent freedoms to pay it forward, just as Havel did, and raising up the plight of freedom seekers beyond her country’s borders.

Against this momentous backdrop, it is important to acknowledge the progress Burma has made in such a short time. It is equally important to recognize the enormous task that lies ahead.

In The Case for Democracy, former Soviet dissident Natan Sharansky is unambiguous about the meaning of freedom. For him, the test is simple:

Can a person walk into the middle of the town square and express his or her views without fear of arrest, imprisonment, or physical harm? If he can, then that person is living in a free society. If not, it’s a fear society.

In Burma, a corrupt and brutal military regime failed the “town square test” with impunity for nearly 50 years. Today, it’s too soon to say the people of Burma are free, but we’re cautiously optimistic about the future.

Since Suu Ky’s release from house arrest in 2010 and the emergence of a civilian-led government in 2011, Burma has experienced important openings. Hundreds of political prisoners have been released. Media censorship has been curbed. 2,000 individuals have been removed from the government’s notorious political blacklist. Labor unions have been legalized. And Aung San Suu Kyi and her fellow National League for Democracy members have stood for parliamentary elections, openly campaigning across the country and sweeping 43 of the 44 seats they contested earlier this year.

Nevertheless, hundreds of political prisoners still sit in Burma’s jails. The media now submit copies of their work to government censors after publication, rather than before. Ethnic conflict continues to claim lives. The executive has yet to submit to democratic elections. And constitutional reform is sorely needed.

While confident that her country can overcome these and other obstacles to a free society, Aung San Suu Kyi recognizes that “until the army comes out clearly and consistently in support of the democratic process, we cannot say that it’s irreversible.” Let us hope that day comes sooner than anyone expects, just as Suu Kyi’s historic visit to America came this week.

James K. Glassman is former Under Secretary of State for Public Diplomacy and Public Affairs and founding executive director of the George W. Bush Institute in Dallas, Texas. Amanda Schnetzer is the Bush Institute’s Director of Human Freedom. 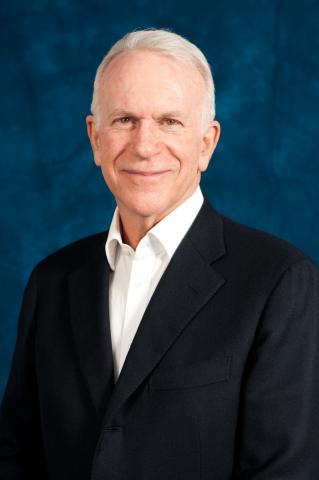