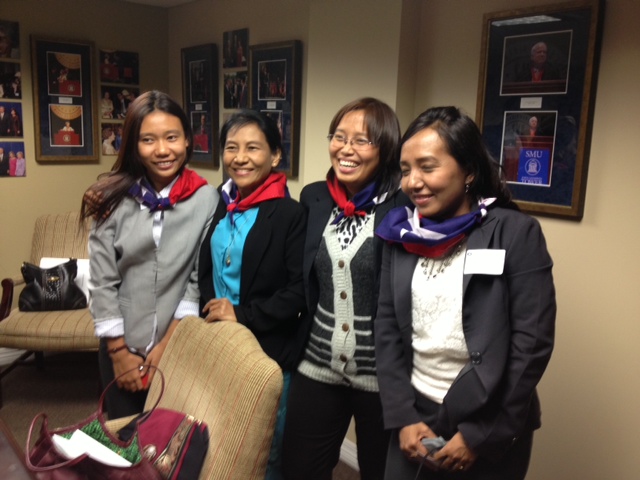 This week, the Bush Institute is honored to welcome four Burmese activists to Dallas for a series of meetings and trainings.  Sponsored by Goldman Sachs 10,000 Women Program, the McCain Institute, and Meridian International, the delegation’s trip to the United States focuses on “the intersection between political reform and economic growth.”

Last week, the Washington Post’s Kathleen Parker wrote an insightful commentary on the delegation and some of the challenges facing Burma.  As Burma undertakes a difficult process of political reform, Parker writes how these women and others like them are developing independent civil society institutions, one of the fundamental building blocks of democracy.

Burma’s road to a more democratic future will not be easy and the outcome is by no means certain.  As Parker writes, “How does one navigate freedom in a nation relatively new to democratic reform and find the voice to speak when one has been silenced?”  The commitment and courage of these women to construct an independent civil society will be an essential element.