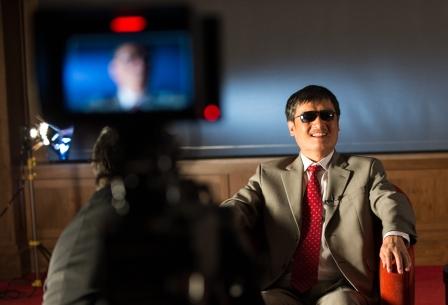 Chen Guangcheng’s story plays like a cinematic political thriller.  A blind Chinese dissident, advocating against China’s One Child Policy, evades authorities and seeks refuge in the United States Embassy.  After tense negotiations, he’s granted asylum in New York City where he continues to pressure Beijing on its human rights record.   Chen’s ordeal serves as a stark reminder of the ongoing struggle for political freedom and civil liberty in China.

Last week, the Freedom Collection, in partnership with ChinaAid, welcomed Chen and his family to Dallas where he spoke with the Bush Institute’s Founding Executive Director James K. Glassman during a live web chat. Afterwards, we were fortunate to conduct a more in depth interview with Chen for the Freedom Collection.  Stay tuned as we’ll be posting that conversation soon.  In the meantime, check out these behind-the-scenes photos from our interview with Chen Guangcheng: 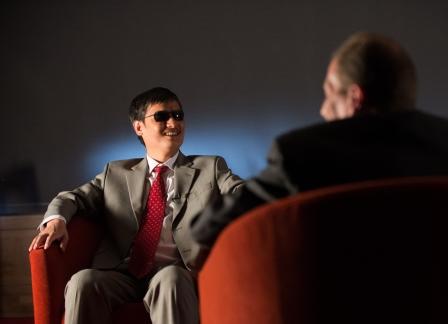 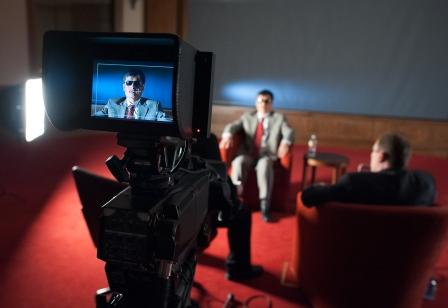 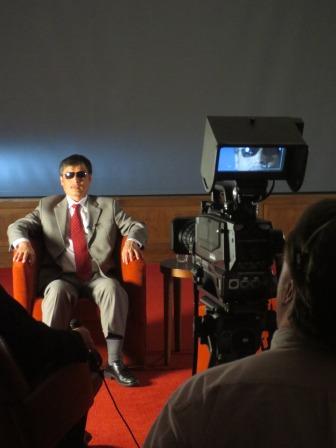 Christopher Walsh in the Program Coordinator for the Freedom Collection.