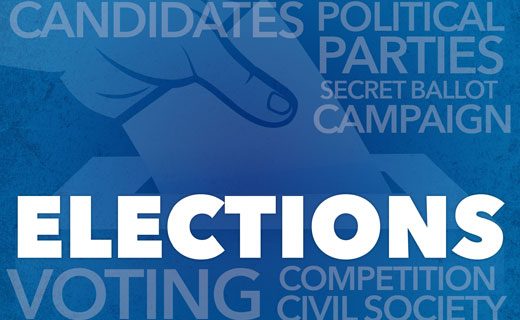 When Mongolia observed its National Day on July 11, there was plenty to celebrate. In the two decades since the end of the Cold War, Mongolia has enjoyed a successful transition from communism to relatively stable democratic governance and the flowering of a liberal, free society. The pro-western leader of the Mongolian Democratic Party, Elbegdorj Tsakhia, was reelected on June 26 as president in a quiet, well-run election that was monitored by the Organization for Cooperation and Security in Europe, which Mongolia joined as a full member in 2012. President Elbegdorj will continue to preside over one of the fastest growing economies in the world, and his inauguration closely followed the first shipments of copper from the massive $6.2 billion Oyu Tolgoi mine in the Gobi Desert.

While this latest round of exploration and exploitation of Mongolia’s largely-untapped mineral wealth has led to eye-popping growth, it is also creating unprecedented challenges for a place where wealth traditionally has been measured by the size of one’s sheep herd. Corruption and uneven economic development are putting serious pressure on Mongolia’s democratic institutions and social fabric. Corruption was a key issue in the June 2013 presidential election, and with good reason: a recent Asia Foundation survey found 89 percent of respondents felt corruption was a “common occurrence” in Mongolia, and 93 percent felt that something more needed to be done about it. The good news, however, is that Mongolians remain optimistic that their political system can address corruption effectively.

The issue of inequality is likewise of great concern. While President Elbegdorj has pledged to use the proceeds of new foreign investment to support broad-based development, the job of assisting Mongolia’s most vulnerable citizens will test its still-developing governmental institutions. Most Mongolians remain mired in rural poverty. Even though the economy has experienced double-digit growth, rising inflation and unemployment mean that the benefits of growth have not yet reached most citizens.

Closely linked to these challenges is the fact that the main market for Mongolia’s mineral exports is its large southern neighbor, China. Upwards of 90 percent of the copper produced at Oyu Tolgoi is destined for China, and the involvement of Chinese companies and businessmen in some high profile corruption cases has fueled popular perceptions that greater economic engagement with China has exacerbated corruption. While concerns over resource nationalism remain largely overblown, the elements of protectionism that have emerged appear largely driven by fears of a potential Chinese stranglehold over Mongolia’s economy. These concerns are far from idle, given Mongolia’s difficult geographic position, landlocked between China and Russia.

The question remains whether Mongolia will follow in the path of Norway or Chile and successfully invest the proceeds of its mineral wealth in the public good, or succumb to the ‘resource curse’ that has afflicted so many other developing countries that have experienced a sudden rush of wealth from natural resources. Despite these challenges, Mongolians at all levels remain committed not only to democracy but also independence from their authoritarian neighbors in both a political and economic sense. The strength of Mongolia’s democratic commitment should help it to ward off some of the most harmful aspects of a gold-rush economy, but it remains to be seen if the country’s democratic institutions and individual leaders can manage the difficult near-term economic and political consequences of rapid commodity-driven growth.

Kelley Currie is a special contributor to Freedom Square. Kelley is a Senior Fellow with the Project 2049 Institute. Prior to joining the Institute, Kelley served as an advisor to the Under Secretary of State for Democracy and Global Affairs.