LEADERSHIP AND FREEDOM: A CONVERSATION WITH ELLIOTT ABRAMS 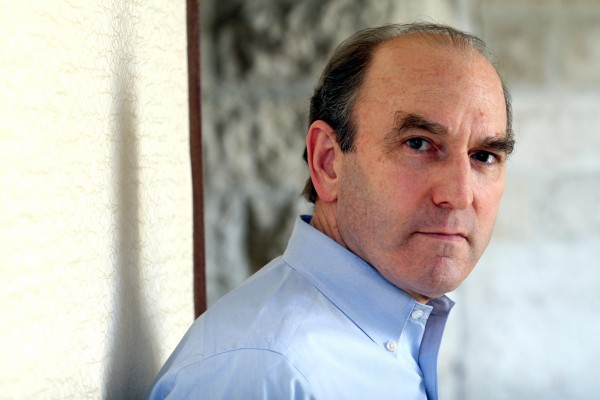 This interview (conducted on August 15, 2013) is the second in a series of discussions with American and international policymakers who have been involved with efforts to advance freedom and democracy. We continue the series with a three-part conversation with Elliott Abrams, the former Deputy National Security Advisor to President George W. Bush. This first post covers influences on Abrams’ thinking about human freedom and the need to place moral considerations about individual liberty at the center of foreign policy.

Freedom Square: Thank you for taking the time to talk with us today. First question: You are a strong advocate for human freedom. How did you get there?

Elliott Abrams: Part of it was that my first job in politics in Washington, D.C. was working for Senator Henry M. “Scoop” Jackson, one of the authors of American human rights policy. He insisted on the insertion of human rights concerns into American foreign policy, even in U.S.-Soviet relations, where many people had long argued, including particularly during the Nixon Administration, that we had so many larger issues to take up that human rights couldn’t be allowed to affect the relationship very much. I learned from Scoop that this moral stance had to be at the center of American foreign policy. After working for Jackson, I went to work for Pat Moynihan. And Moynihan, of course, particularly in his role as UN Ambassador, had been a champion of exactly the same view. Certainly in my own political views, I was really taught early that American foreign policy would not work unless it had a firm and central moral element.

FS: Let me ask you about the Jackson-Vanik amendment. Were you working for Senator Jackson around the time of Jackson-Vanik?

Abrams: Actually, I came later. The Jackson-Vanik Amendment was 1974, and I went to work for Scoop in 1975. So that had already happened but of course that was one of the things that he was most famous for.

FS: What do you think of the modern reforms to the amendment with the Magnitsky Act?

Abrams: I think it was time to modernize it, so long as we did not remove the moral element from U.S.-Russian relations. With the Magnitsky Act, I think Congress insisted on maintaining the moral element. What’s interesting to me is that it is a repeat of what happened in the 70s. That is, it was not the executive branch, the White House, that wanted to do it. It was an adamant Congress that simply insisted on it.

FS: I think it’s kind of like the argument you made in July on your blog, Pressure Points, about the coup in Egypt. Which was, to have a moral policy would be to accept that there was a coup but then waive the restrictions on providing assistance to the Egyptian military, if one decided it was important to keep the support in place. One could say that the same tactic could take place here. Instead of opposing these bills, accept them, and then if there are national security concerns from an Administration, then you go about the process of waiving them, but you don’t lose that moral basis for foreign policy.

Abrams: Right, and I would say one other thing, that we need to tell the truth about what is going on in countries that we are concerned with, and I think that one of the things that Jackson was saying way back when was “Let’s tell the truth about the horrendous nature of the Soviet regime.” This is at the time of detente when there was a tendency to try not to talk about the nature of that regime, and I think that is always a mistake. You can think hard, then, about how you want most effectively to address the crimes of a regime like that of the Soviet Union, and you should think about how best to maximize American influence, but you’re sure not going to maximize American influence if you can’t even tell the truth about what is happening. And very often, by the way, you end up having to tell the truth in the end and then you get the worst of all possible worlds because you will offend the people you were afraid of offending in those countries, but you won’t get any credit for telling the truth because everyone will understand that it was dragged out of you instead of being firmly asserted as an aspect of American foreign policy.

FS: Jackson attracted an extraordinary group of people around him, people who are still having significant influence on policy and politics, and I’m wondering if you see anyone out there with that influence?

Abrams: The person who came closest, I think, was Senator Joe Lieberman. Of course he is no longer in the Senate, but he actually was a kind of student of Scoop Jackson. I think he deliberately studied what Jackson had done and tried to follow it, and I guess the closest person now in the Senate is probably John McCain.

FS: One could argue that today we are facing at least as many foreign policy challenges as we did between 1989-91 when communism collapsed. For both the Democratic and Republican parties, there is a real debate occurring between internationalists and isolationists.

Abrams: That’s an interesting point and it leads me to make a comment. The effect of the turmoil of 1989-91 was to reinforce American internationalism. I think the lesson a lot of Americans learned was that things could get better if the United States remained firm, remained tough, stuck to our principles. The world could change, in ways that were morally good and were also in the interests of the United States. Unfortunately, the lesson that a lot of Americans have learned in the 2 years since the Arab Spring began is that “It’s all hopeless and we should mind our own business and stay out.” I have found, for example, in talking with Members of Congress about Syria that they believe they are reflecting their constituents when they say there is a kind of weariness after Iraq and Afghanistan and looking at Syria, looking at Egypt that it’s all hopeless. It’s endless turmoil, and let’s stay out of it.

FS: It may be  a rational response but may not be a good response would be my way of characterizing it.

Abrams: Yes, it is completely understandable, and there are a lot of explanations for it. Plain weariness with the burdens that the United States has had to bear, concern about the American economy, and for people who are critics of the Obama Administration, fear that they would mishandle intervention, but the net of it, it seems to me, is harmful to the interests of the United States. What happens is a situation like Syria starts out difficult and ends up being really quite dangerous.

FS: What starts out as seemingly a local political conflict doesn’t take very long to morph into a regional, even global, challenge.

Abrams: You know, I worked for Jackson and Moynihan in the Senate, and then I worked for President Reagan and then I worked for President Bush. There is a thread here. Which is that all four of them believed strongly that America needed to remain active in world affairs and that a world in which the United States withdrew would be a much more dangerous place for us as well as for everyone else. They all believed in a strong and vigorous and active America on the world scene, and I think they were right.