PERSPECTIVES ON FREEDOM: AN INTERVIEW WITH PROFESSOR WILLIAM INBODEN, PH.D. 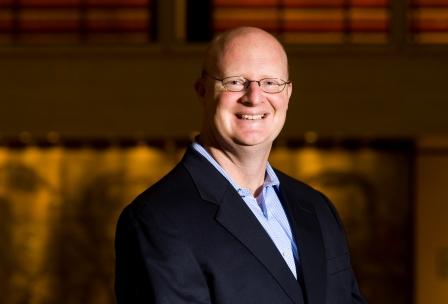 This interview (conducted on August 19, 2013) is the first in a series of discussions with American and international policymakers who have been involved with efforts to advance freedom and democracy. This interview with Professor Will Inboden focuses on Asia but also touches on his time at the National Security Council and in academia.

Freedom Square:  Some have a formative moment that propels them into a lifetime of supporting the cause of liberty. What compelled you to work for the advance of freedom and democracy?

Will Inboden: A pivotal moment for me came during my junior year of college in 1993 when I interned in the office of U.S. Senator Dan Coats.  Up until that point, I had little familiarity with human rights and democracy issues, but part of my internship included working on a case of several religious dissidents imprisoned in Egypt.  Fortunately thanks to diplomatic pressure from the U.S. Senate and the White House, the dissidents were eventually released from prison.  For a young intern such as myself, it was a powerful exposure to the restrictions on freedom that many people around the world face, and also to how the American government can be a positive force for liberty.

FS: There are reports that the Chinese government has sponsored extensive studies into the collapse of the Soviet Union, with the hope that they can avoid the same fate. What conclusions do you suspect they have drawn from these studies?

Inboden: I have been surprised by the Chinese Communist Party’s (CCP) resiliency and ability to maintain its hold on power.  Twenty-four years ago witnessed both the Tiananmen Square massacre and the collapse of the Iron Curtain in Europe, and at the time many people expected that the CCP would not be able to endure much longer. The hope was that communism’s illegitimacy and China’s economic reforms would lead inevitably to political liberalization and the end of one-party rule. But almost a quarter century later that has still not happened, and as Jim Mann contends in his book  The China Fantasy, it has been wishful thinking to expect economic growth alone to lead to political and religious freedom. I suspect that the CCP has “learned” from its own studies of the Soviet bloc’s collapse how to most effectively calibrate its monitoring and repression of its people.  And as this week’s disclosure of secret high-level CCP directives reveals, the Party still sees the very ideas of human rights and democracy as severe threats to its existence. However, as the mutual fund disclaimers go, “past performance does not guarantee future results.” And just as it was a mistake to expect inevitable liberalization, it would also be a mistake to expect the CCP to inevitably continue its rule.  Beijing today faces a maelstrom of challenges including massive corruption, slowing economic growth, growing economic inequality, an aging population and gender imbalances from sex-selective abortion, and simmering public discontent.  Though I would not venture any specific predictions, taken together these factors could undermine CCP rule and create more openings for dissidents and reformers.

FS: North Korea is one of (if not the) most brutal dictatorships in the world. What responsibility does China bear for the Kim regime’s survival?

Inboden: From everything we have been able to learn of conditions within North Korea, especially from defectors, it is home to perhaps the most systematic and sustained human suffering and barbaric totalitarianism in the world. The Chinese government has thus far made the unfortunate calculation that it prefers to maintain the “stability” of the North Korean regime as a buffer state, in spite of Pyongyang’s nuclear adventurism and heinous repression. I wish it were otherwise, but I am not optimistic that international diplomacy, including from the United States, will convince China to alter this basic calculation.  I think a more effective focus for the U.S. would be more directly supporting freedom for the North Korean people (such as through stepped-up broadcasting, aid to defectors, etc.) and consistently highlighting for the world the appalling way that the North Korean government brutalizes its own citizens.

FS: Let me shift to the recent changes in Burma. Should we be optimistic on Burma or is this just a temporary tactic on the part of the Burmese authorities?

Inboden: I was for some time a skeptic on this, but now think overall the changes in Burma have been real, significant, and very positive.  It is also an interesting case of how realpolitik concerns – in this case the Government of Burma’s fear of China’s growing influence and desire for closer ties with the U.S. – can induce a regime to liberalize. However, going forward we should remember President Reagan’s “trust but verify” principle.  The Burmese government continues to engage in repression, especially against some of its ethnic minorities, and many of its reforms could be reversed.  Overall I think U.S. policy in this regard has mostly been sound, of matching Burma’s steps toward freedom with our own positive reciprocal gestures.

FS: From your position in the National Security Council, you had a front row seat to the Presidency of George W. Bush and his efforts to advance freedom in the world. Would you please share with our readers your most memorable Freedom Agenda moment?

Inboden: There were many memorable moments during my time working for President Bush, but no doubt the most poignant one was when he met with three Chinese freedom activists in the White House.  It was, as far as I can tell, the first time in history that a U.S. president had met in the White House with Chinese dissidents still active in China (i.e. not exiled to the U.S.).  President Bush’s support provided a tremendous boost to the cause of freedom in China and set an important precedent.  I wrote a more detailed account of how the meeting came about here.

FS: As a professor at the University of Texas – Austin, you have the chance to engage with and influence young people. Do you find there is significant support for democracy promotion among the college-aged generation? Or is there more that needs to be done to ensure that the next generation will support the advance of freedom in the world?

Inboden: Overall I am very encouraged by the interest the current generation of students show in human rights and democracy around the world.  Given the many challenges that our nation and the world have experienced over the past decade, many students are understandably wary of just how much that U.S. policy can do to promote liberty abroad.  But at the same time most students have an intuitive appreciation for the unique character of our nation, and the hopes of many people in repressive countries that America will support their desire for liberty.  So I think that one challenge facing today’s students – who will be tomorrow’s policymakers – is how to craft innovative policies that can effectively match the moral imperatives of freedom against the complicated resilience of autocracies and anti-democratic ideologies.

William Inboden is Executive Director of the Clements Center for History, Strategy, and Statecraft, a Distinguished Scholar at the Strauss Center for International Security and Law and an Associate Professor at the LBJ School of Public Affairs at the University of Texas-Austin. He is also a Non-Resident Fellow with the German Marshall Fund of the United States. Previously he served as Senior Director for Strategic Planning on the National Security Council at the White House, where he worked on a range of foreign policy issues including the National Security Strategy, democracy and governance, contingency planning, counter-radicalization, and multilateral institutions and initiatives. Inboden also worked at the Department of State as a Member of the Policy Planning Staff and a Special Advisor in the Office of International Religious Freedom, and has worked as a staff member in both the United States Senate and the House of Representatives.