AFGHAN WOMEN’S GAINS ARE AT RISK 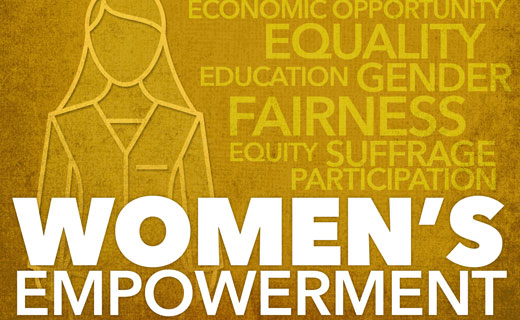 Twelve years ago this week, the Taliban regime retreated from Kabul. Children were finally free to fly kites, women emerged from behind their burqas and girls could again dream of going to school. Women and girls have made hard-won advancements. Afghan women have seats in parliament, run businesses and even serve as police officers and park rangers.In its treatment of women, the Taliban was one of the most brutal regimes the world has ever known. That legacy lingers in even the most basic aspects of life.
For girls and women, something as seemingly simple as attending school requires great bravery. In November 2008, as Shamsia Husseini walked to school in Kandahar, a masked man ripped off her veil and sprayed acid across her face. Now 22, Shamsia has defied her attacker and works as a teacher. “I want to show that education is important and that women can do more than work in the kitchen,” she recently told Agence France-Presse.Despite such risks, girls are desperate to learn. Shamsia’s all-girls school in Kandahar has 2,600 students, ages 6 to 20. Even with tents pitched outside the building, the school cannot accommodate the many girls who want to study. Under the Taliban, only 5,000 Afghan girls were enrolled in school. By 2011, there were 2.4 million.Yet these gains are fragile, and there is a real danger that they will be reversed. In the first half of this year, according to the United Nations, Afghanistan’s civilian death rate rose precipitously. Because of improvised explosive devices and the deliberate targeting of civilians by anti-government forces, the death rate for women and children jumped 38 percent from the same period last year. Many prominent women have been ruthlessly targeted by the Taliban.

Last year, two female acting directors of women’s affairs in Laghman province were assassinated. This August, a female member of parliament was kidnapped, and a senator was injured in an ambush of her car and her 8-year-old daughter was killed. Soon after, the country’s top female police officer was fatally shot as she left her home. Last month,Afghanistan’s only female candidate for next year’s presidential election was disqualified. Khadija Ghaznawi was running on a platform of education and jobs to give young men better options than joining the Taliban.

For many Americans, the situation in Afghanistan seems too complex and too far away to confront. I worry that the message we are sending to Afghan men, women and children is that their lives are not worth our time or attention. That message must change. We cannot abandon them.

As our military forces leave, key organizations that provide educational and economic opportunity for women are staying. They are not giving up on Afghanistan or its women.

ARZU, a private company started in 2004 by an American woman, provides Afghan women with steady income by sourcing and selling rugs they weave. Women who work for ARZU are required to send their children, boys and girls, to school. The women are given a safe place to work and a haven for their children. By adding to their family’s income, these women earn greater respect from their husbands. I thought it was symbolically important to buy ARZU rugs for American public places such as the White House. Since returning to Dallas, I have ordered them for the Bush Institute and my home.

In Kabul in 2005, I announced the opening of the American University of Afghanistan, the country’s only private, not-for-profit university for men and women. This spring, enrollment reached 958 students — half of them women. Students are graduating with degrees in education, business, computer science and more. An International Center for Afghan Women’s Economic Development has opened at the university, and people can donate directly to the university to provide scholarships for young women.

Other nonprofits, such as the Aschiana Foundation, fill critical needs. Aschiana, which offers food, health care, literacy and vocational training for children, recently rescued a 6-year-old girl who was being sold into marriage by her family to pay off a debt. With the help of an anonymous donor, they kept her with her family.

Many American corporations and private organizations, including Kate Spade New York, Women for Women International and Sesame Workshop, are trying to improve the lives of women and girls in Afghanistan. They may not make headlines, but they are making a difference.

We know from our own history — from the Civil War to women’s suffrage and civil rights — how hard and long the path to freedom is. As the people of Afghanistan continue on their own hard path to freedom, they must know that we are with them.