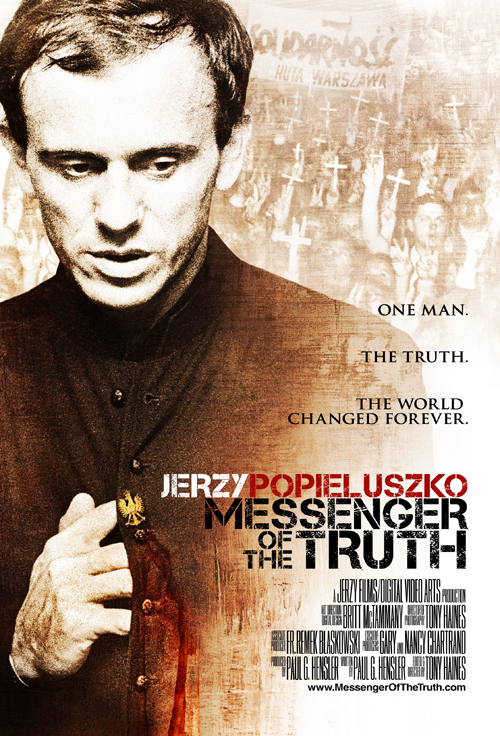 Twenty-five years ago, the fall of the Berlin Wall marked the collapse of communism in Europe.  But while the end came seemingly quickly, the journey to November 9, 1989 began a decade earlier in communist Poland.  The rise of Poland’s Solidarity free trade movement challenged the Soviet Union and their proxies in Poland’s communist regime because the opposition stood in stark moral contrast to the oppressive government.

Poland’s quest for democracy and freedom was propelled in large part by the country’s religious faith.  In 1979, the Polish Cardinal Karol Wojtyla became Pope John Paul II.  His unshakable commitment to justice and freedom shook communist tyranny to its core.  And the struggle for freedom in Poland was profoundly linked to the role of the Roman Catholic Church.

A new film airing on public television stations beginning this month tells the remarkable story of another brave Polish priest, Father Jerzy Popieluszko, and his role in helping to inspire Poles to demand their God-given right to live as free men and women.  “Messenger of the Truth” chronicles how a young, charismatic priest became a leading voice and an inspiration to the Solidarity movement.  Father Popieluszko’s deep faith and moral clarity provided encouragement and motivation to Poles to peacefully challenge their oppressors.

“Telling the truth with courage is a way leading directly to freedom,” Popieluszko preached. “To do this we must overcome fear. This fear makes us act against our conscience and it is by means of conscience that we measure truth.”

The communist regime felt threatened by his words and in 1984 he was abducted and murdered by Poland’s secret police.  Father Popieluszko’s martyrdom further galvanized the Polish population to stand firm in their demands for reform and change.

“Messenger of the Truth” is a powerful film that tells how one person can make a profound difference in the course of history.  Father Popieluszko’s efforts helped transform a nation and bring freedom to millions.

Thanks to the generosity of the producers, a promotional message for the Freedom Collection will be shown when the film is broadcast.  We are honored to be associated with Father Popieluszko’s inspirational story.

To learn more about the film and for information about when it will be broadcast in your area, please visit the film’s website.

Lindsay Lloyd is Program Director for the Freedom Collection.