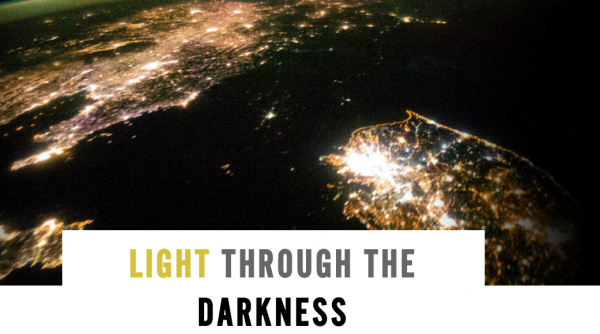 North Korea is nervous and it’s showing. Until the United Nations released a groundbreaking report in 2014 documenting the communist regime’s violations of fundamental human rights, Pyongyang didn’t much concern itself with external chatter of its abuses. Among the atrocities:  city-sized gulags with an estimated 80,000 – 130,000 men, women, and children as political prisoners; punishment of torture or death for attempting to escape the country; and archaic laws punishing the possession of foreign DVDs with public execution.

Fast forward a year and the Commission of Inquiry’s call for accountability of Pyongyang’s crimes is working. North Korean leaders are flinching at any examination of their human rights record.

“Scrap the so-called conference,” demanded North Korea’s United Nations Ambassador, Jang Il Hun. He wanted the United States government to shut down a human rights symposium in Washington this February sponsored by the Center for Strategic and International Studies, the George W. Bush Institute, the Committee for Human Rights in North Korea, and the Yonsei Center for Human Liberty.

What Jang failed to understand is that in free countries governments don’t control civil society and shut down the events of independent organizations.  The day after this event, North Korean Human Rights: The Road Ahead, took place as scheduled on the COI report’s first anniversary, the North Korean foreign ministry issued a statement from Pyongyang condemning the conference. In case no one heard that, they re-stated their opposition the following week in Geneva at the U.N. Human Rights Council.

There are other examples. A week before the COI anniversary, North Korean officials disrupted a similar gathering in Jakarta organized by South Korea’s National Human Rights Commission and its Indonesian counterparts.  After several unsuccessful attempts by the North Korean Embassy to derail the conference, an official was dispatched to the site to publicly censure it.

In October 2014, a North Korean delegation sparred with COI Chairman Michael Kirby during an event in New York that also featured former political prisoners. The delegation scoffed at Kirby, dismissing the COI report as a Western conspiracy. Kirby denied their allegations and challenged them to share the report with their people.

Then in December, the U.N. General Assembly voted overwhelmingly to refer North Korea to the International Criminal Court.  While the Security Council has yet to act on this recommendation, it placed North Korean human rights on the permanent agenda.

There’s finally a sense that Pyongyang fears falling under the global microscope. A recent report from the Bush Institute, Light Through the Darkness, offers actionable recommendations on how governments, civil society, the private sector, and others can contribute to further momentum.

Ideas include recruiting celebrity “champions” to rally public support for the North Korean people, empowering refugees to infuse cash and knowledge into North Korea’s burgeoning market economy, and encouraging governments to link human rights with security issues so that both are equally tied to normalizing relations. North Korea’s few allies, especially China, are also sensitive to accountability anxiety and their support for Pyongyang should be an issue.

If applied, tactics like those recommended in Light Through the Darkness would give North Korea more reasons to be nervous. And it should be nervous; a regime that terrorizes its people doesn’t deserve to feel comfortable ever again.