CHANGES IN CUBA: AN INTERVIEW WITH ELLIOTT ABRAMS 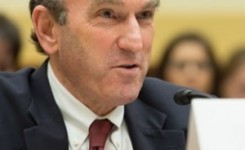 In the aftermath of the Cuban Revolution and nationalization of U.S.-owned businesses in Cuba, President John F. Kennedy severed diplomatic relations between the United States and Cuba on January 3, 1961.  Fifty-four years later, the Obama Administration reestablished formal ties with Havana on July 20, 2015.  Many important issues remain unresolved, including the ongoing U.S. trade embargo and Cuba’s human rights abuses.

In light of the changing relationship between the United States and Cuba, the Bush Institute spoke with several observers of Cuba.  We start this series with Elliott Abrams, a senior fellow for Middle Eastern Studies at the Council on Foreign Relations and former deputy assistant to the president and deputy national security advisor in the administration of President George W. Bush. Abrams is the author of several books on foreign policy and national security and also serves as a member of the Human Freedom Advisory Council at the George W. Bush Institute.

With a new U.S. policy now in effect toward Cuba, what should be done to ensure that the issues of human rights, Cuba’s democratic opposition, and dissidents remain priorities?  Are there ways to ensure that Cuba is held accountable for its promises in these areas?

The new policy makes high-level and repeated statements of U.S. interest in human rights even more important.  U.S. diplomats in Cuba should meet with dissidents regularly. We should have programs at the embassy. The National Endowment for Democracy and other groups should spend more time and money on Cuba. The U.S. should introduce debates and resolutions on Cuba in the Organization of American States and the United Nations, including the Human Rights Council. The pressure should be unrelenting – and it should include pressure from the President and Secretary of State.

How is the cause of human rights in Cuba affected by the reestablishment of diplomatic relations?

Sadly, it seems that there will be no lift for human rights. Many Cubans think the agreement that was done ignores them and their suffering, and is instead just a deal with the regime. In fact, in the context of the deal, the U.S. will need to be much more active lest the cause of human rights be set back.

Many U.S. businesses are interested in exploring investment opportunities in Cuba.  Some say that only the regime benefits from foreign investment, while others say it will improve life for the average Cuban.  What’s your view?

In the 1980s, you served in senior positions in the State Department for President Ronald Reagan.  In those final years of the Cold War, President Reagan engaged with the Soviet Union in a variety of areas, including nuclear disarmament and regional conflicts, while continuing to press the Soviets to improve their human rights record.  Do you think that reestablishing diplomatic relations with Cuba offers a similar opening to address the causes of human rights and dissidents while working with Havana on trade and other issues?

President Reagan was the man who had five summit meetings with Mikhail Gorbachev but said “Mr. Gorbachev, tear down this wall.” He also said the U.S.S.R. was an “evil regime” that would end up in the “dustbin of history.”

That is exactly what has NOT been happening in recent years. We seem to be making concessions and apologies to the regime, but very rarely speaking loudly to the Cuban people or denouncing the regime’s abuses. So I think the restoration of formal diplomatic relations may offer an opportunity, but there is no sign in Washington that it will be used. And truthfully, you don’t need a formal diplomatic window to tell the truth, which is what’s missing.