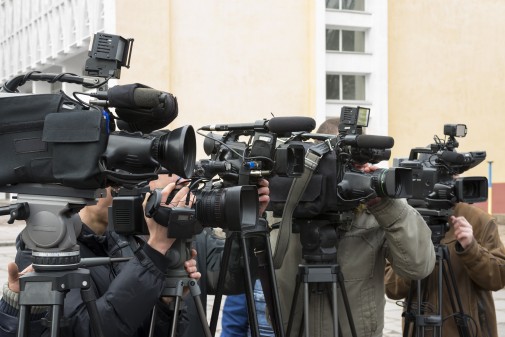 Last week, ABC, CBS, NBC, CNN, and BBC were among the major media outlets providing an inside look at North Korea.  NBC correspondent Bill Neely was one of those on the ground in Pyongyang to cover the Communist Party’s 70th anniversary festivities. Neely’s report was one of several from the various networks that offered plenty of perspective (and multiple camera angles) on Pyongyang’s “rather beautiful” subway system. Missing from the broadcasts was the country’s urgent human rights story.

To be fair, filming in Pyongyang under the regime’s close supervision hindered the media’s ability to go beyond superficial commentary. More could have been done, though, to supplement the official story with information about one of the worst human rights tragedies in the world. The reality is that 24 million North Koreans live under tyranny.  Of those, an estimated 130,000 men, women, and children sit today in political prison camps. They’re starved, beaten, and killed for disagreeing with their government.

Free societies can’t afford to turn a blind eye to the reality of human rights violations in North Korea or to be content with Pyongyang using foreign media to craft narratives that distract from these issues. To its credit, the BBC released a video yesterday that briefly highlighted the political prison camps and suggested media coverage fails to focus on the plight of the North Korean people.

You can learn more about North Korea’s political prison camps, the information barriers that exist inside the country, and the experience of escapees through the Bush Institute’s infographics and comprehensive report Light Through the Darkness.  Together we can encourage media outlets to do more in reporting the severity of North Korea’s human rights crisis.