Amanda Schnetzer is the Director for Human Freedom at the George W. Bush Instittute.

The Bush Institute launched its new digital publication, The Catalyst: A Journal of Ideas from the Bush Institute. One of the featured essays, Promoting Democracy and National Security Go Together, was authored by Amanda Schnetzer, Director for Human Freedom at the George…

HIS HOLINESS THE 14TH DALAI LAMA: A CHAMPION FOR FREEDOM

In a Freedom Collection interview four years ago, His Holiness the 14th Dalai Lama spoke about how we in the 21st Century must carry the struggle for freedom to those parts of the world that still lack such basic human liberties as… 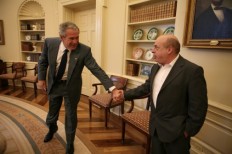 THE SIDE OF FREEDOM 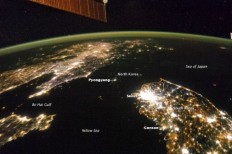 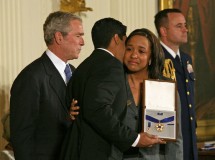 DENIED: ONE CUBAN DISSIDENT’S ELUSIVE TRIP TO THE U.S.

Today in Washington, President Barack Obama will present the Presidential Medal of Freedom to 16 individuals, including former President Bill Clinton, television celebrity Oprah Winfrey, and country music star Loretta Lynn. Although previous recipients were graciously invited to Washington to help celebrate the award’s fiftieth anniversary, at least one past honoree won’t be present: Dr. Oscar Elias Biscet of Cuba. He’d like to be there. Cuba’s communist government would rather he not.

Margaret Thatcher, the former British prime minister, died this week. Like Ronald Reagan, Pope John Paul II, and others she embraced the blessings and responsibilities of her own liberty and projected leadership that helped topple Soviet tyranny. Much will be written and said about Margaret Thatcher in the coming days. I’d prefer to share some of her own words on freedom.

WOMEN: A POWERFUL FORCE FOR FREEDOM

Aung San Suu Kyi, the Burmese pro-democracy leader and now Member of Parliament, once said: “I think more women should be involved in politics for the good of the human race.” That’s excellent food for thought on International Women’s Day, when we pause to recognize both the accomplishments and the continued struggles of women around the world.

Burma’s political opening continued in recent days with two notable developments. On January 29, the government lifted a 25-year ban on public gatherings of more than five people. The prohibition had been implemented following the 1988 crackdown on students protesting in favor of democracy.

On January 29, Major League Baseball pitcher Jose Contreras returned to Cuba for the first time since defecting to the United States a decade ago. Changes to Cuba’s repressive travel policy went into effect earlier this month, allowing high-profile defectors like Contreras to go home. The change also lifts the requirement for Cuban citizens to receive an exit visa before traveling abroad. A passport and visa from your destination country should now suffice.

NO MOB, NO COUP, NO INSURRECTION

Amid the pomp and circumstance of President Barack Obama’s inauguration this week, a short but significant statement by Senator Lamar Alexander of Tennessee caught my attention. In case you missed it, here’s what he said just before Supreme Court Justice Sonia Sotomayor administered the oath of office to Vice President Joseph Biden: