« back to curriculum home
Next Unit »

Unit 1: The Foundations of Freedom

Thinkers, leaders, and political dissidents from throughout history have celebrated individual freedom as a moral ideal and basic requirement for human flourishing. Today, freedom remains essential to the political, economic, and personal prosperity of all people.

The four lessons in Unit 1 explore the nature of this indispensible idea both in theory and in practice. Through a combination of reading, writing, thinking, and discussion, this unit deepens students’ understanding of freedom by introducing them to its historical and philosophical origins, as well as its contemporary champions.

The first lesson explores the sources and characteristics of freedom through the ideas of great thinkers like John Locke, Thomas Hobbes, Charles de Montesquieu, Thomas Jefferson, and William Blackstone.

Lesson 2 examines the concept of the rule of law by drawing on documents like Hammurabi’s Code, the Magna Carta, and the Declaration of Independence. By following the development of different legal systems over time, students can appreciate the complex relationship between government power and individual freedom.

Lesson 3 analyzes the differences between various forms of government, from the theocracy of ancient Egypt to the absolute monarchy of Louis XIV’s France to America’s system of representative democracy. The lesson introduces an important distinction between limited and unlimited forms of government, allowing students to identify which systems are best able to secure the rights of citizens. Video interviews from The Freedom Collection, meanwhile, help students develop a richer understanding of life under unlimited governments in places like Cuba, Zimbabwe, and China.

Unit 1 concludes with a lesson on the American Revolution, its causes, its guiding principles, and its transformative role in the advancement of political freedom around the world. To this end, students examine the Declaration of Independence and the U.S. Constitution, employing these documents as a guide to the ideas that gave rise to the American republic. Lesson 4 also uses this pivotal moment in history to investigate the relationship between limited, representative government and individual rights. Finally, students turn their attention back to The Freedom Collection to further their understanding of why dissidents have long sought freedom from oppressive governments. 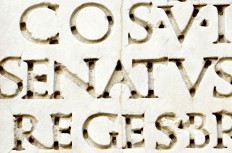 Lesson 1: What is Freedom?

Lesson 1 explores the nature of freedom by examining the ideas of great thinkers of the past who have contributed to our understanding of freedom’s sources and characteristics. 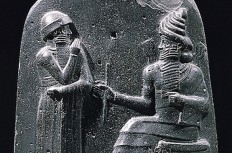 Lesson 2: The Road to Rights Through the Rule of Law

Lesson 2 helps students understand the concept and definition of the rule of law, its role in limiting the source and powers of government, and its importance in securing an individual’s freedom. 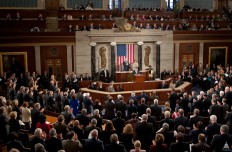 Lesson 3 explores various systems of government and examines whether their characteristics are limited or unlimited with respect to the government’s exercise of power and the individual’s experience of freedom. 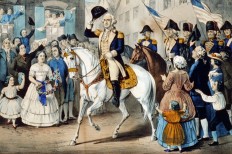 Lesson 4: Freedom and the American Revolution

Lesson 4 explores the American Revolution and the principles of freedom reflected in the Declaration of Independence, as well as the relationship between limited, representative government and the protection of individual rights.