Lindsay Lloyd is Program Director for the Freedom Collection at the George W. Bush Institute.

THE GULAGS OF NORTH KOREA

The world now has eyewitness evidence that crimes against humanity are being committed by the North Korean state against its people.

ICYMI: NEW REPORT ON HOW NORTH KOREA’S REGIME IS FINANCED

A new report issued this week by the Committee for Human Rights in North Korea (HRNK) provides valuable insight into how North Korea’s brutal regime generates hard currency while under international economic sanctions.

“Messenger of the Truth” is a powerful film that tells how one person can make a profound difference in the course of history. Father Popieluszko’s efforts helped transform a nation and bring freedom to millions. 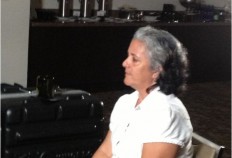 Last week, the Freedom Collection interviewed seven Cuban freedom advocates in Miami.  Six are members of the Group of 75 dissidents and activists who were imprisoned during the Black Spring crackdown of 2003.  Arturo Pérez de Alejo, Fidel Suarez Cruz,…

MAY 9 IS VIETNAM HUMAN RIGHTS DAY

May 9 is Vietnam Human Rights Day, when we draw attention to the ongoing lack of basic freedoms in Vietnam. Although Vietnam has made considerable economic progress, the government continues to deny civil liberties and political freedoms to the population.

Watch the new interview with Vytautas Landsbergis, who led Lithuania back to democracy and freed his country from five decades of occupation by the Soviet Union.

Vytautas Landsbergis was born in the 1930s, when Lithuania was an independent nation. In 1939, Adolf Hitler and Joseph Stalin agreed to a secret pact that divided the Baltic States and much of Central Europe between Nazi Germany and the Soviet Union. During World War II, Lithuania passed between Nazi and Soviet occupation. With the Allied victory, Stalin abolished the independence of Lithuania, Latvia and Estonia and declared them to be part of the Soviet Union. During fifty years of subjugation to Moscow, the dream of independence never died. 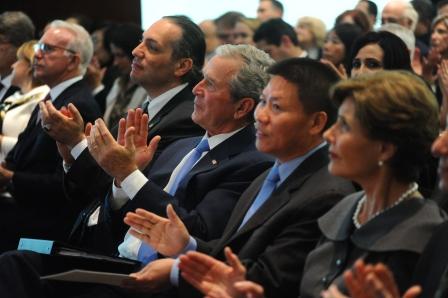 One year ago, the George W. Bush Institute launched the Freedom Collection. Its goals are to record and preserve the stories of those who have led or participated in movements for freedom, so that their experiences can inspire and inform others, and to remind those living in free societies of the importance of supporting the causes of democracy and human rights.

On March 20, the Washington Post published an editorial on the changes underway in Cuba. As we mark the tenth anniversary of the brutal Black Spring crackdown on nonviolent dissidents, the Post sees causes for both optimism and pessimism.

A new public opinion poll released by the International Republican Institute (IRI) shows rising dissatisfaction among Tunisians, two years after the January 2011 revolution. IRI has conducted eight national surveys in the country since the end of Ben Ali’s rule and the beginning of Tunisia’s transition to democracy.